The Flat Pass rulle allows a player to Pass the ball to team mate who is horizontally inline with him on the field.

It's a risky Pass as it requires a Dice Roll that is lower than his Ball Skill. So why take the risk?

Using the example above, you can see that the Fly-half has 2 players he could potentially Pass the Ball to player 8 or player 3. Passing to player 8 would be an easier Pass, but taking a chance and Passing the Ball to the number 3 would give that little extra distance to make it to the Tryline.

Risk vs reward, that's the beauty of the Flat Pass.

Pressure from the Kick-off 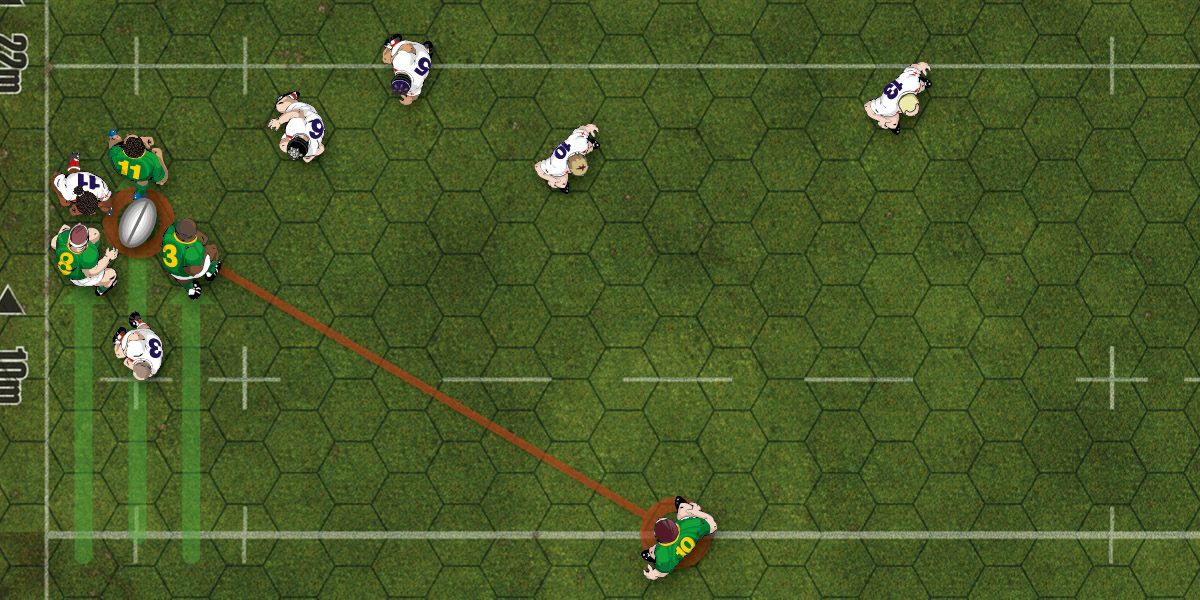 In the game of rugby, the Kick-Off and restart are the best times to put your opponent under huge pressure, with his men spread ... 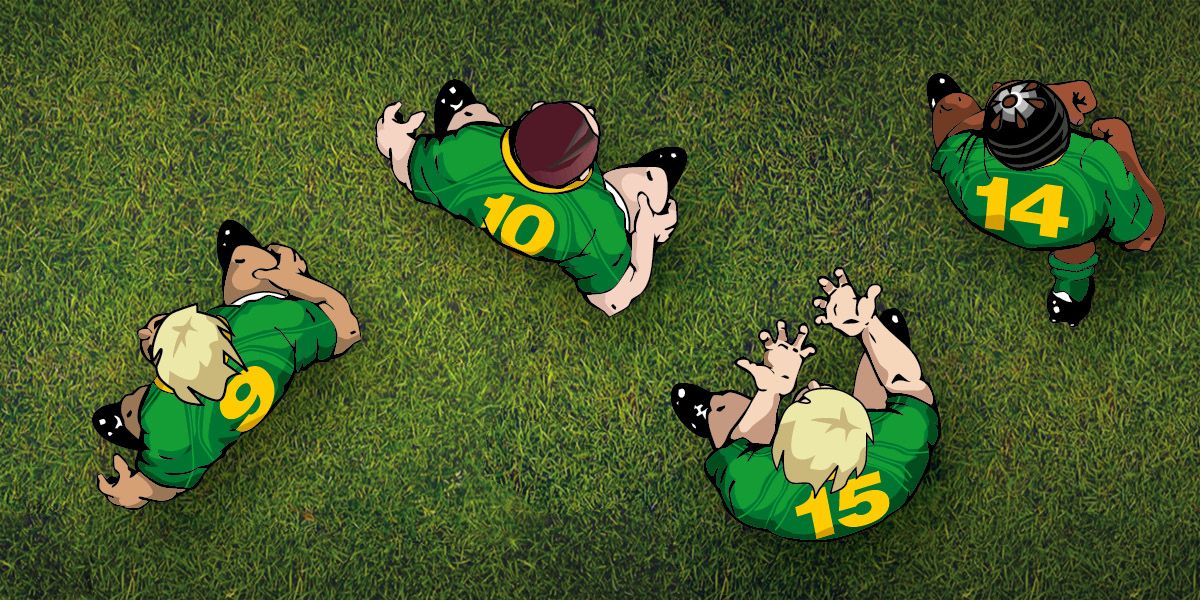 As in rugby, there are vital key players in Crash Tackle too. These are the players that have the ability to turn a game in a mat...